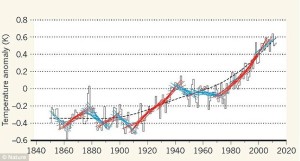 The latest research by the Max Planck Institute and Leeds University reveals that global warming is not and has not been a linear progression in the last 150 years. Global warming deniers have been making great claims in the last few years that global temperatures seem to have ‘stalled’. In fact the temperature of the earths surface has only increased by 0.06 degrees in the last fifteen years. However, all sides accept that the temperature has stalled at an all time high level. The reality according to the research is that these ‘pauses’ are not uncommon. In fact there have been at least five similar cycles in the period studied by the team. The bad news for us all is that once the surge restarts it goes really fast. With millions of the world’s most vulnerable populations living at sea level any change will be unwelcome if not catastrophic. Full article is here 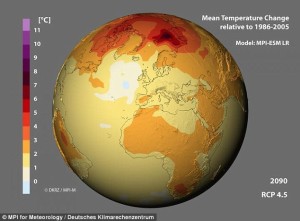