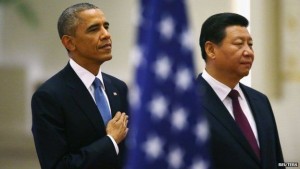 China’s greenhouse gas emissions could start to decline within 10 years, according to a report from the London School of Economics.

This would be five years earlier than expected and would offer a boost towards efforts to protect the climate.

The shift has been partly caused by a massive commitment to renewables. China is the world’s top investor in wind and solar power.

It has also been replacing old coal plants with cleaner new stations. Many of the changes in power generation have been prompted by the need to tackle chronic air pollution, but China’s leaders are also acutely conscious of their country’s particular vulnerability to a heating planet. 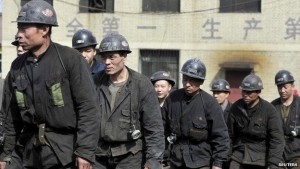 The authors of the LSE paper say: “The UN climate change conference in Paris later this year will be more successful if governments everywhere understand the extent of change in China [and] its implications for global emissions.”

They say China’s actions will stimulate global markets for clean goods and services and harm exporters of coal and certain other raw materials.

President Xi Jinping promised in a bilateral agreement with the US to reduce CO2 emissions by around 2030.

But the LSE authors, Fergus Green and Lord Nicholas Stern, say: “China’s international commitment should be seen as a conservative upper limit from a government that prefers to under-promise and over-deliver.

“China’s pledge includes a commitment to use ‘best efforts’ to peak before 2030; we are beginning to see the fruits of China’s best efforts.”